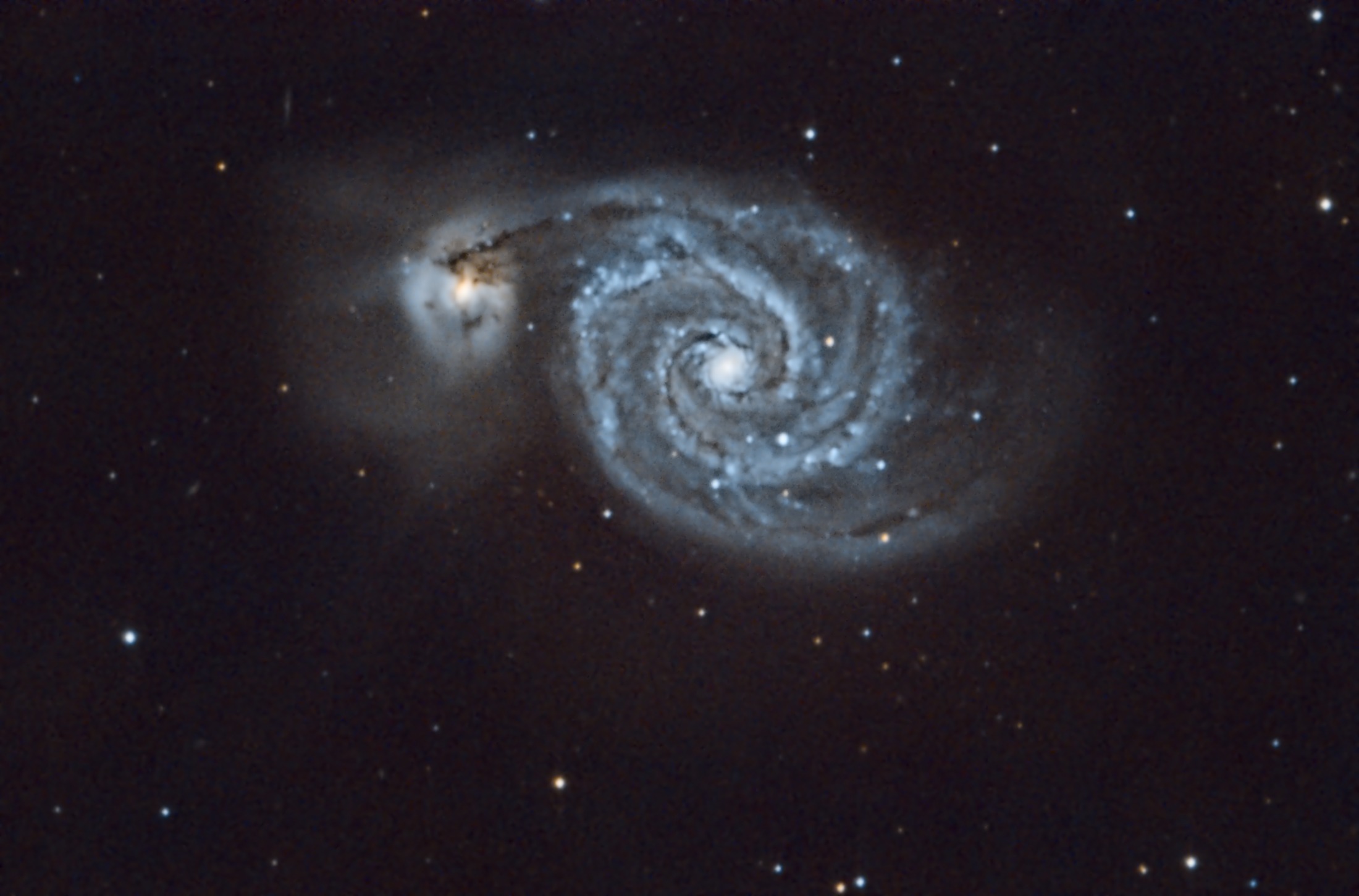 M51, named the Whirlpool Galaxy, is one of the most recognized galaxies in the sky, mainly due to its interaction with NGC5195, a dwarf galaxy that likely passed through M51. A tidal bridge of dust can be seen between the two, formed by their interaction.

This was one of the first astrophotos taken and while my equipment and technique have improved since then (the calculated focal length of 3181 shows I had the distance quite a bit off), it’s a beautiful object nonetheless. The image is a stack of 20 300s exposures, taken with a Canon T4i DSLR and 11” Edge SCT at f/10. 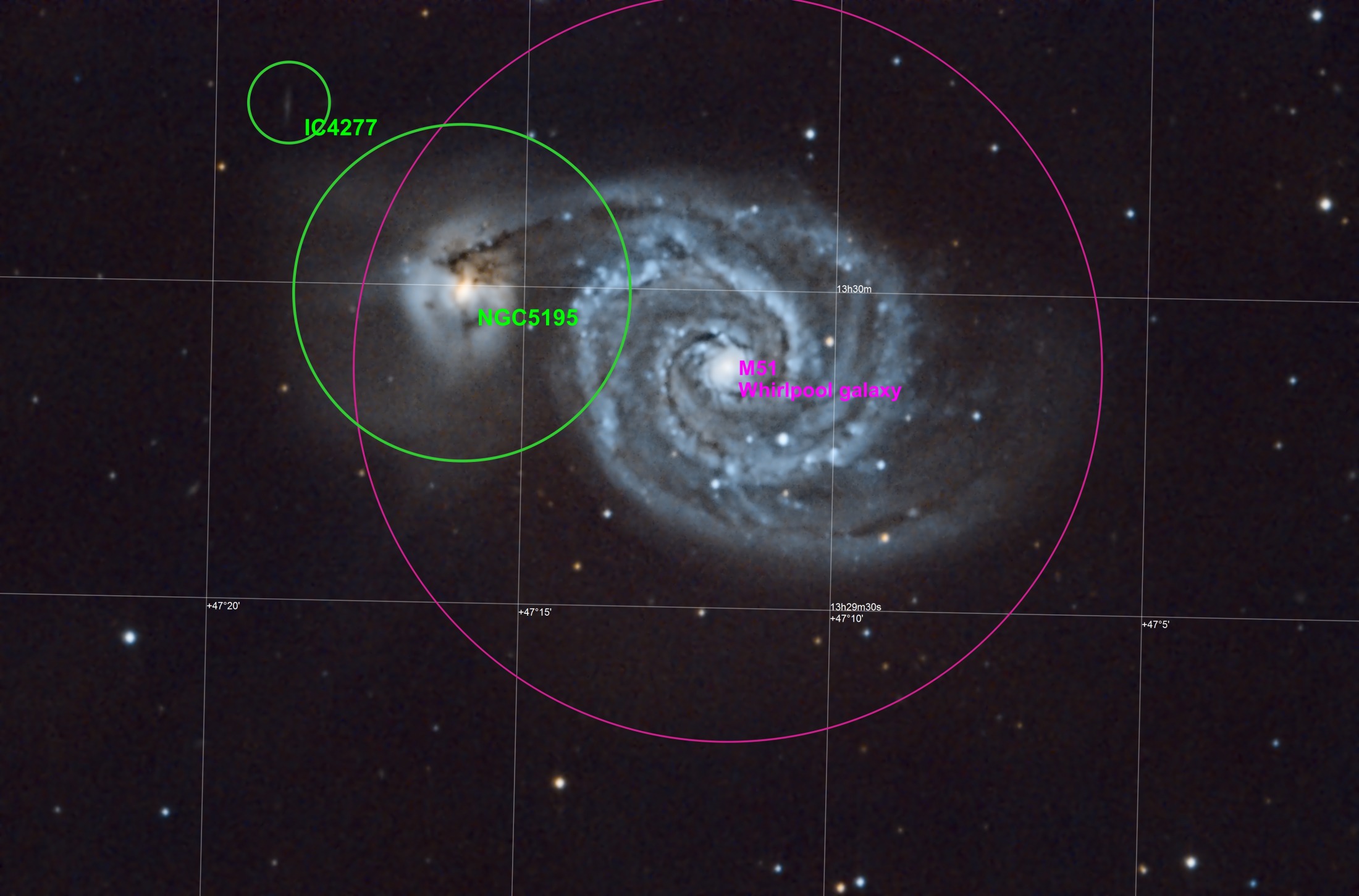