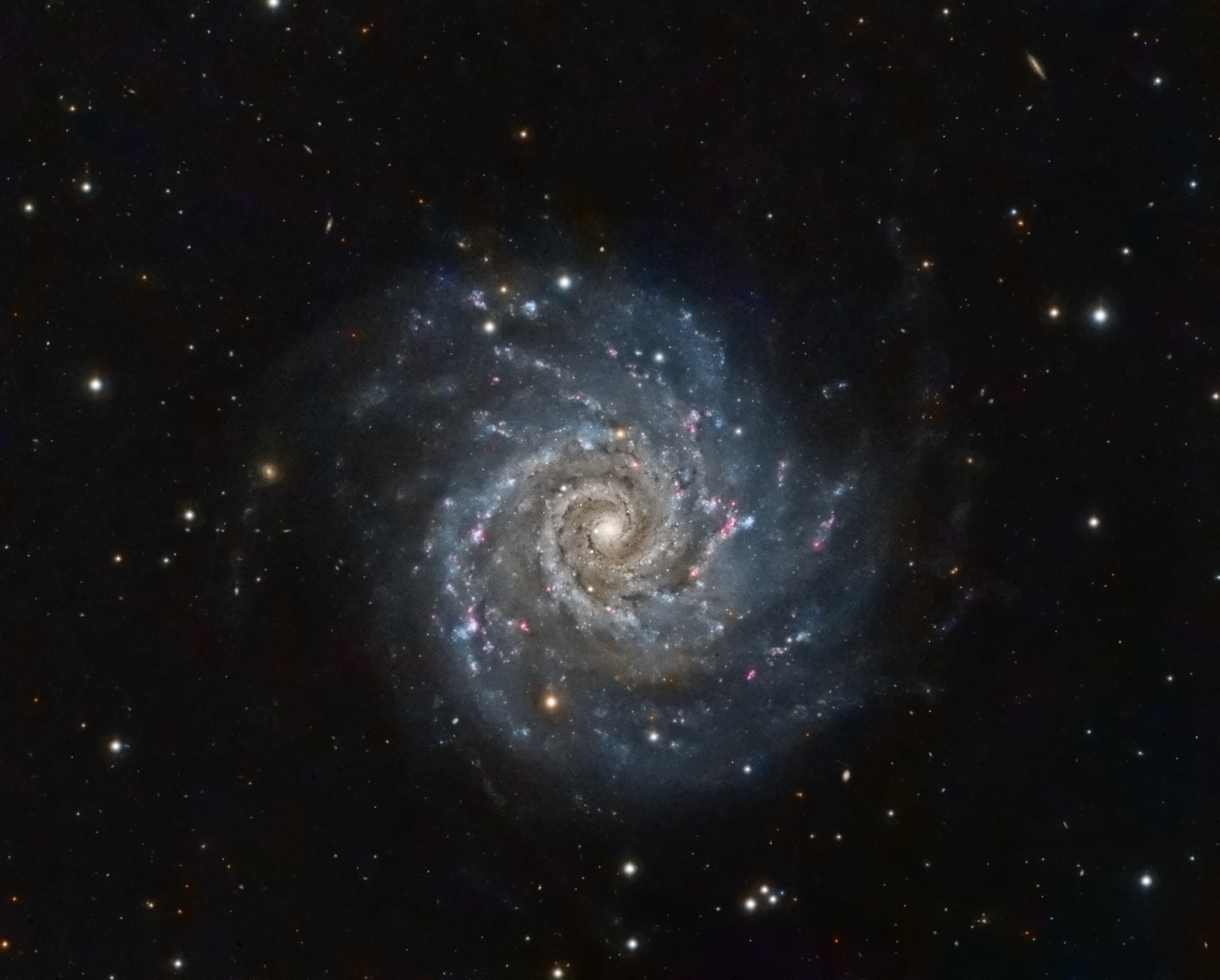 M74 is a beautiful grand-design galaxy in the constellation Pisces, but is also fairly dim and hard to see visually. Captured with QSI683 camera and 11” Edge SCT at f/10. LRGB = 32x 10min Lum, with about 16x5min RGB binned 2x2.

According to Wikipedia: Messier 74 (also known as NGC 628) is a face-on spiral galaxy in the constellation Pisces. It is at a distance of about 32 million light-years away from Earth. The galaxy contains two clearly defined spiral arms and is therefore used as an archetypal example of a grand design spiral galaxy. The galaxy’s low surface brightness makes it the most difficult Messier object for amateur astronomers to observe. However, the relatively large angular size of the galaxy and the galaxy’s face-on orientation make it an ideal object for professional astronomers who want to study spiral arm structure and spiral density waves. It is estimated that M74 is home to about 100 billion stars.