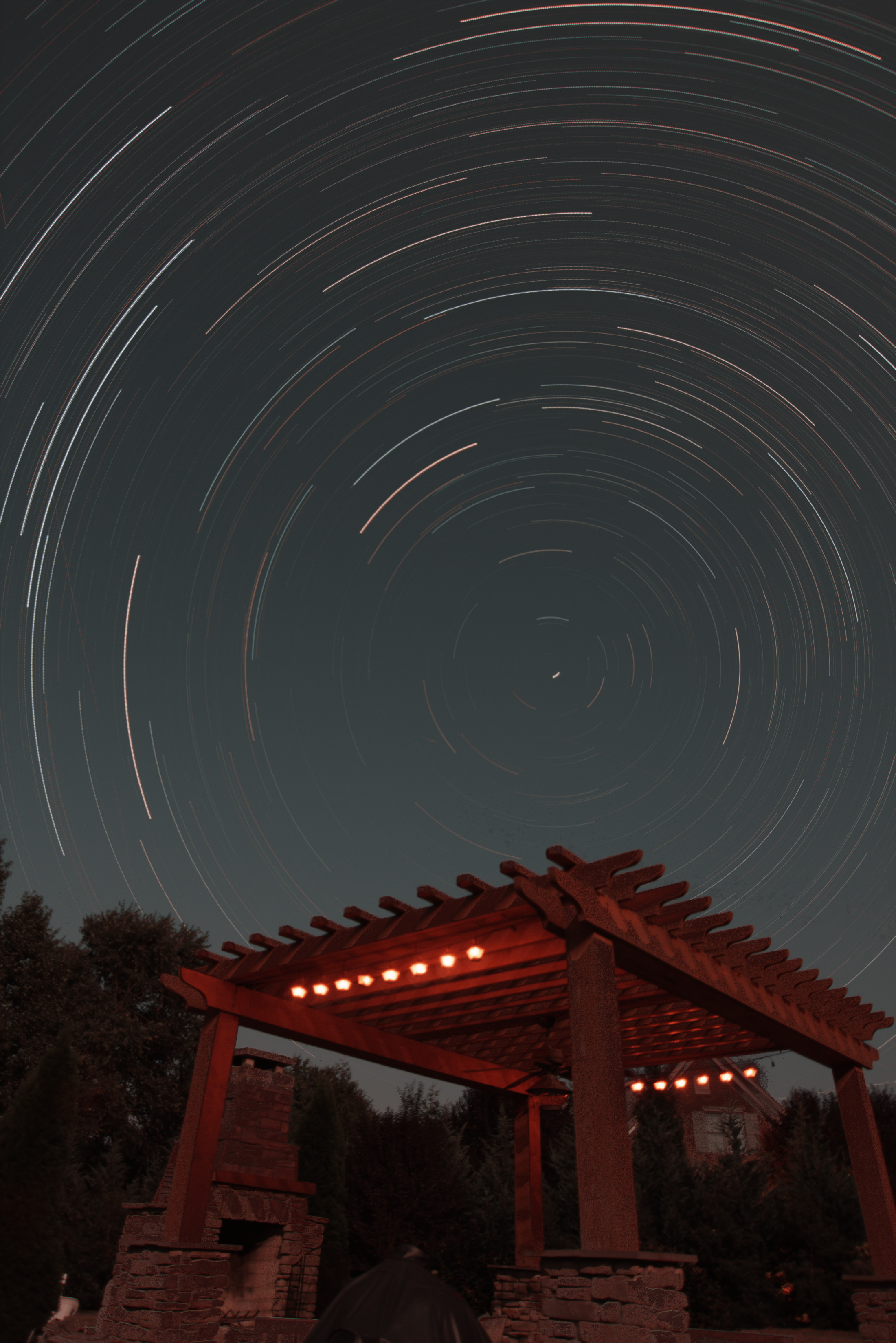 Taken July 11th, 2014, near an outdoor pergola in my backyard. The sky is bright due to the full moon. The camera is set up on a stationary tripod pointing at Polaris, the North Star. 30 second exposures were taken over roughly 4 hours; the images were then stacked to show the motion of the stars. Polaris, as the North Star, moves very little. Only one frame of the image was captured with the pergola lights on, and they were so dim, they were barely glowing at all – the long exposures make them look very bright.