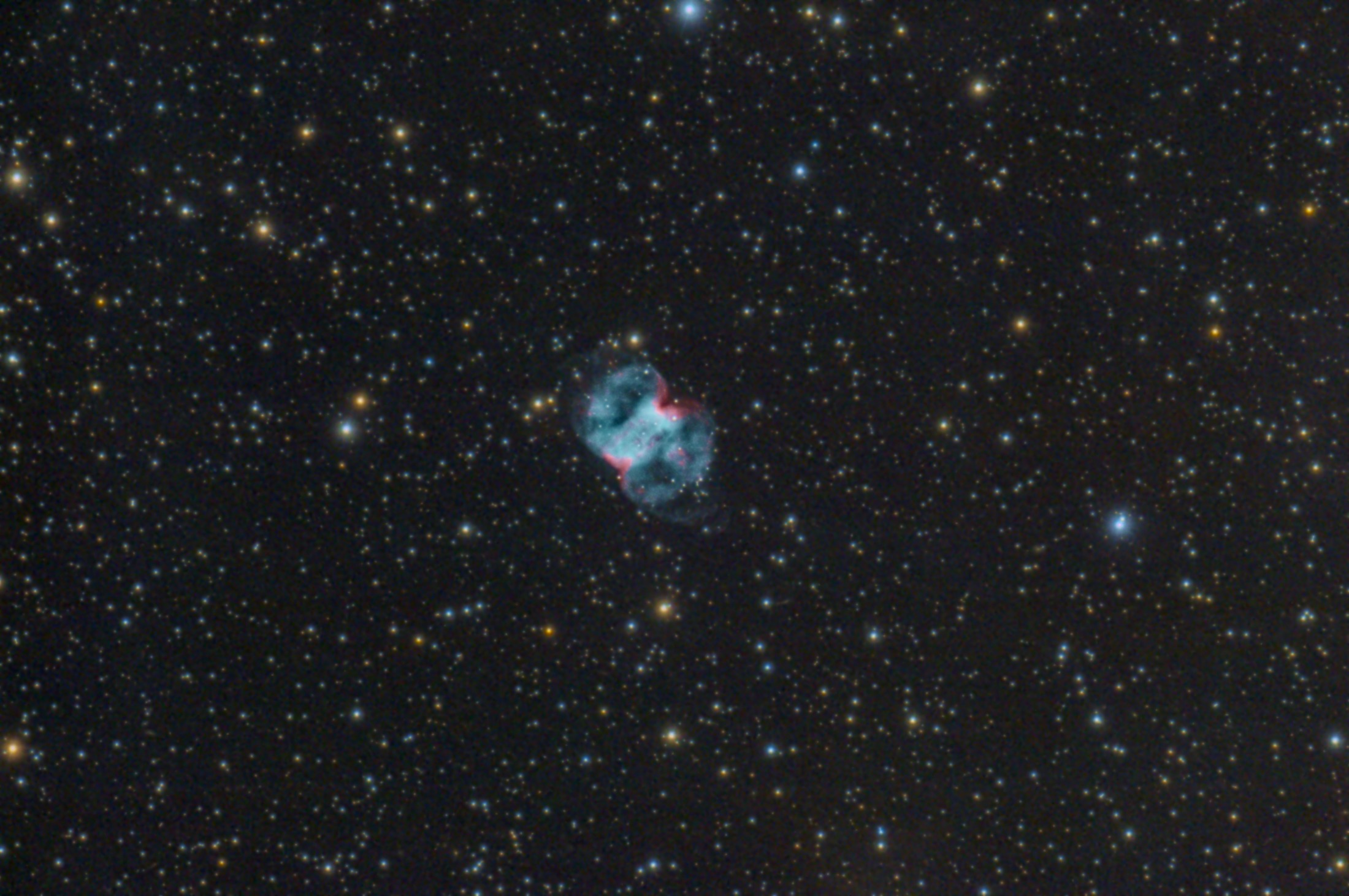 M76 is an extremely small and faint planetary nebula in the constellation Perseus. Planetary nebulae are different from standard HII or diffuse nebulae in that they are formed from red giant stars as they die; the nebula is the ionized gas ejected from and surrounding the star. While many HII nebulae can be photographed with little magnification, planetary nebulae require high magnification and thus dark, clear skies to photograph effectively. Whereas most planetary nebulae have a distinctive round shape, and M76 is similar in appearance to its big brother, M26, the Dumbbell Nebula. M76 has two NGC designations, as each half of the nebula was first thought to be independent.

This image is comprised of 25 360s exposures with a Canon T4i DSLR and Edge 11” SCT at f/10. This image was captured while on a trip to Westcliffe, Colorado – the dark skies and high altitude (roughly 8000’) make capturing objects like this much easier than my home location on the east coast. 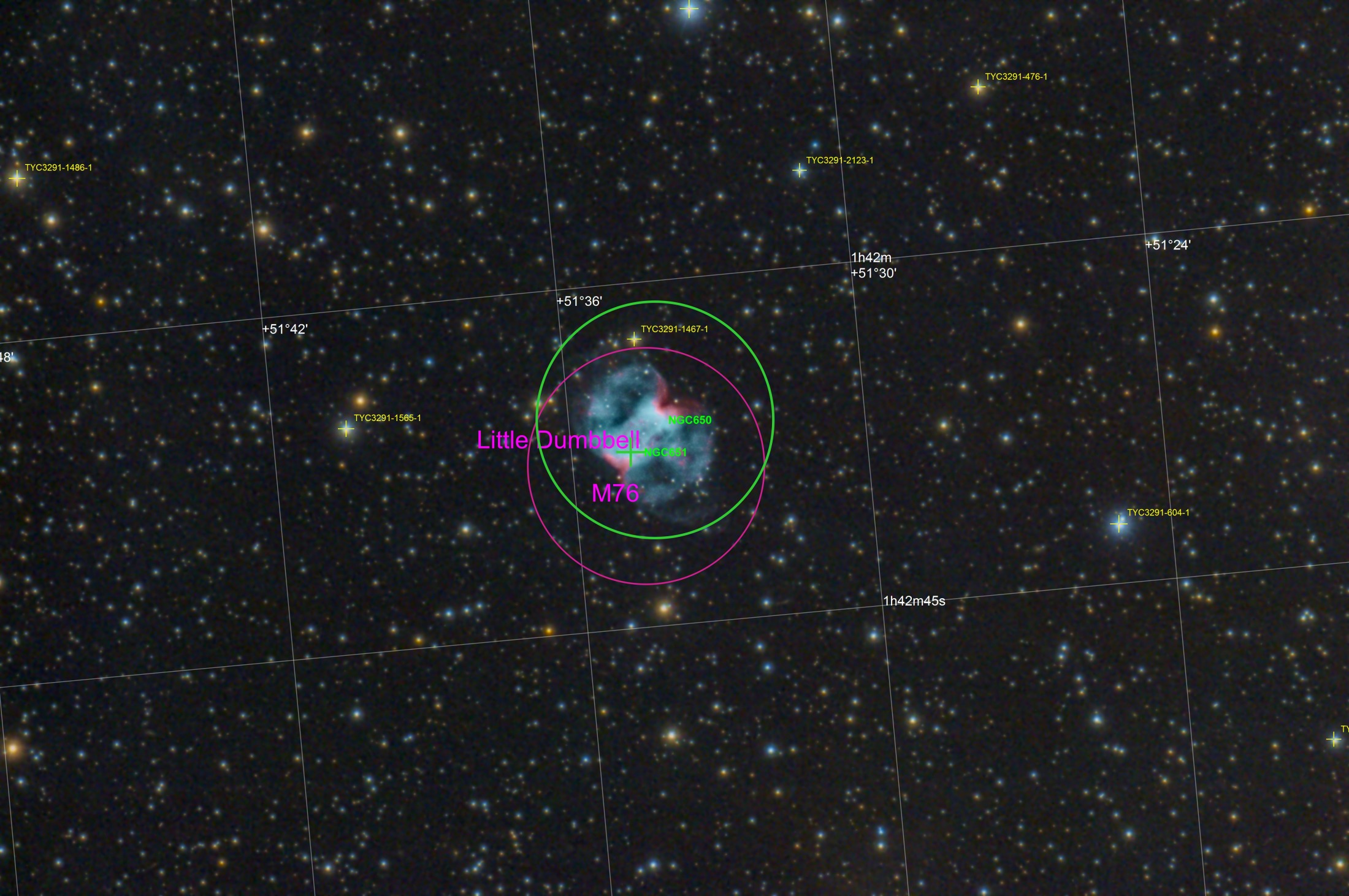