NGC1499 is a huge nebula resembling the state of California (hence the name). At roughly 2.5 degrees wide, a full moon could fit about 4 times across the nebula. This image is a wide-field shot in natural light, so the nebula glows its natural red color. While the nebula is quite large, it has an apparent magnitude of 6, putting it outside of what can be seen by the unaided eye by most people. The apparent magnitude is slightly deceiving because the object is so large: smaller objects of similar magnitude are typically easier to see because of the way the object contrasts against the sky.

This image was taken with a Canon T4i and 200mm EF-L lens stopped down to f/4, comprised of 16 5-minute exposures. 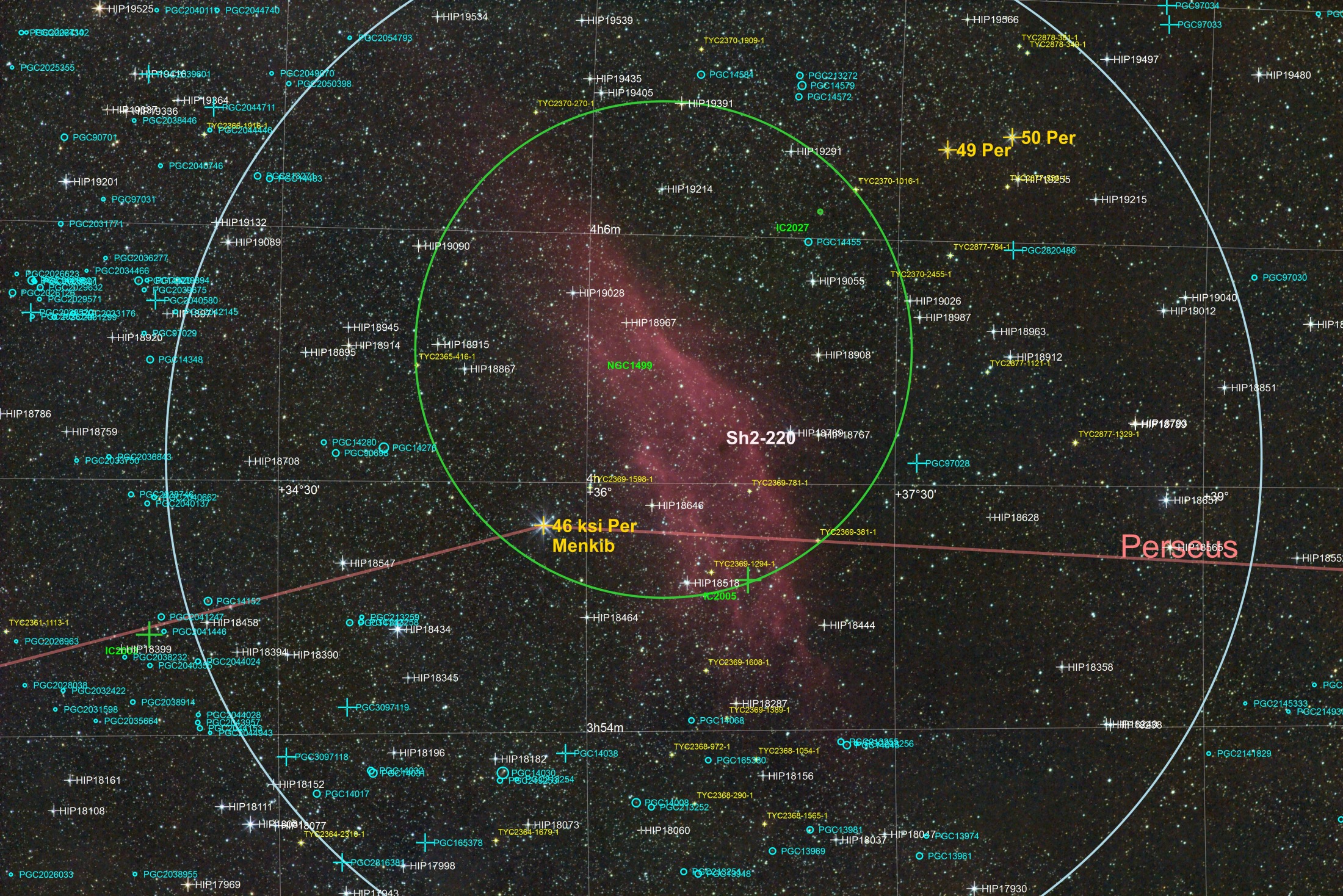